Turkeys were introduced to New Zealand at least as early as 1851, with many subsequent importations. Many have gone wild, often found not far from farmland.

A female turkey is called a hen and the male a tom.

Found: Throughout much of lowland North Island, the Marlborough Sounds, scattered eastern locations in the South Island as well as some farmed islands. Native to North America.

Threats: Many are killed by dogs and chicks are vulnerable to introduced predators such as stoats and feral cats, and native birds such as pukekos and hawks. 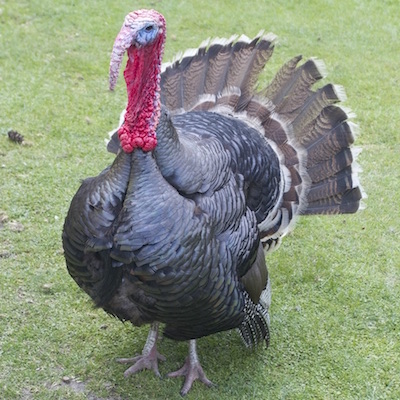