Stroll through our open wetlands on walkways that meander across the water in places, allowing uninterrupted views of New Zealand's waterbirds. You are also able to feed all of our ducks.

Dozens of wild ducks visit our wetland daily, including several visits by a native Blue Duck (Whio). Check out the Whio Forever website for more information about this highly endangered duck.

How to help ducks: Setting traps for pests like rats and stoats and if you own a cat, make sure it is neutered, has a jingly bell on its collar and lock it inside at night. Even if you don't have ducks in your area, this will benefit all your local native species. 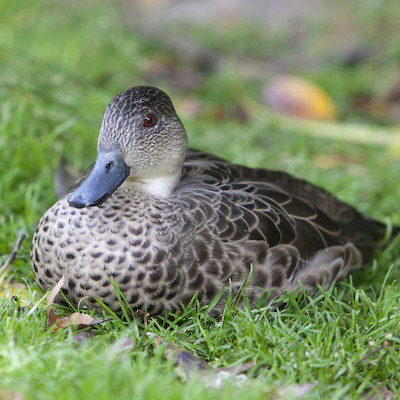 Small grey duck with red eyes, often mistaken for a large duckling. The male is slightly larger than the female. Dabbles (upends) when feeding. Fast and agile fliers who can travel long distances.

Found: Widespread around New Zealand. Self-introduced from Australia, and numbers increase here during droughts in Australia.

Threats: Introduced predators such as stoats and ferrets, and illegal/accidental shooting during duck hunting season. 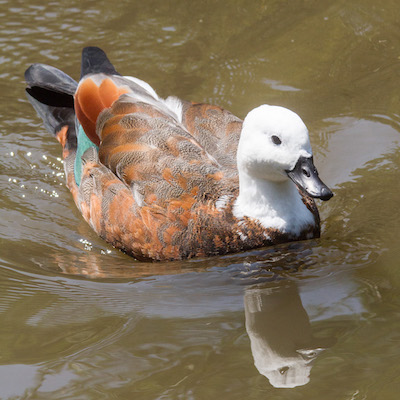 New Zealand’s largest and most vocal duck, and also our only shelduck (large waterfowl with goose-like features). The female has a white head with rusty brown body, whereas the male has a black head and dark coloured body.

Found: Only in New Zealand. Around the country in paddocks, tussock grassland, urban parks and wetland areas.

Threats: Unlike other native birds, they have actually benefitted from native forest being converted to pasture but are still vulnerable to predators such as stoats and ferrets. 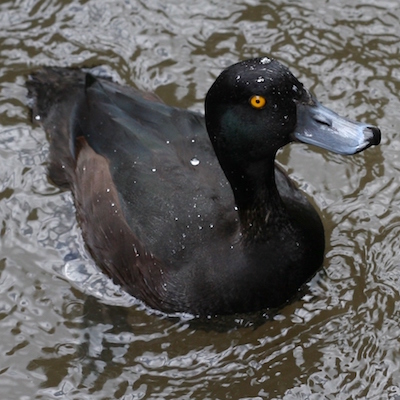 New Zealand’s only diving duck, able to dive several metres using their feet to propel them. The male has a yellow coloured eye and darker feathers than the female.

Found: Only in New Zealand, and widespread on the North and South Islands. Often seen grouped together at Rotorua’s lakefront.

Threats: Introduced predators such as stoats and ferrets predate on ducklings and also adults when nesting. 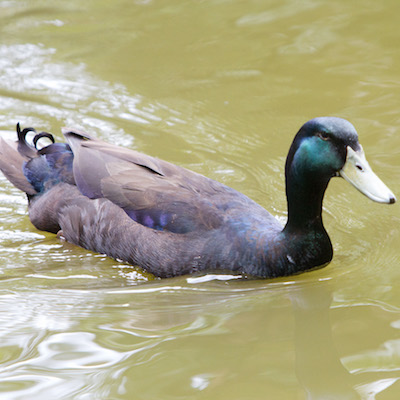 These large ducks are named after Lake Cayuga in New York State where they were first recognised around 1850, but their exact origin is unclear.  They are a very hardy domestic duck and are kept for egg and meat production, as well as an ornamental bird. 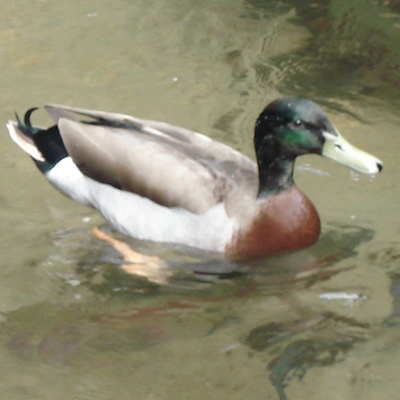 The ancestor of most domestic ducks. Introduced from Europe and America for game purposes, they now make up most of New Zealand’s dabbling duck species.

The male is grey and brown with a glossy green head, whereas the female has brown speckled plumage and looks very similar to New Zealand's endemic Grey Duck, but with orange coloured feet. Competition and hybridisation has pushed the Grey Duck to a critical conservation status, with very few pure Grey Ducks in existence.

Found: All around New Zealand and many other parts of the world.