From the honeyeater family. Feed mainly on nectar from native flowering plants, which they help pollinate.

Have a wide range of songs and sounds. Tui can mimic other bird sounds and even human words for those in captivity.

Found: Only in New Zealand. Common in forests, towns and offshore islands. Where introduced pests are controlled tui can be abundant.

How to help Tui: Setting traps for pests like mice, rats, possums and stoats and if you own a cat, make sure it is neutered, has a jingly bell on its collar and lock it inside at night. Tui can be attracted to your garden with sugar water and you can plant different native trees to help feed them. 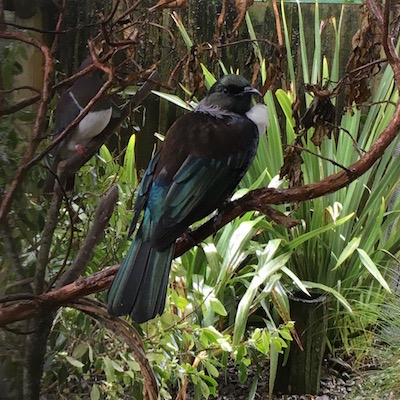